The year the world woke up 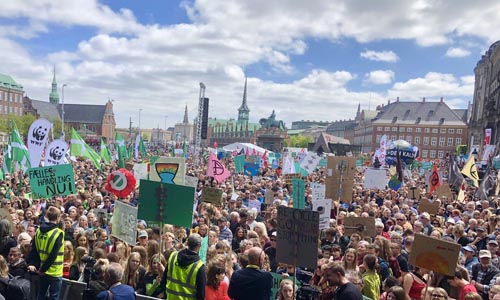 What’s so special about 2019? Well, I have a little feeling that this is the year of the tipping point.

Here are some dates for you - 55 BC, 1066, 1605, 1815. My guess is that you’ll be acutely aware of their historical significance. (If history wasn’t your strongest subject at school, don’t worry. The answers are at the end). Now, the purpose of this article is to propose a new, and just as significant year for the annals of history. Throw yourself forward 50 years. You’re listening in to a class of 11-year -olds dutifully reciting their dates in history -

What’s so special about 2019? Well, I have a little feeling that this is the year of the tipping point. Sure, for decades now, certainly since the early 1980’s, scientists and activists have been warning us of climate change, pollution and their probable consequences. Successive governments across the globe (most notably, the most powerful regime of all, the USA), have either poo-pooed the evidence or paid wafer-thin lip-service to addressing it.

World conferences have come and gone. ‘Meaningful declarations’ have been signed. However, world leaders, keen to keep fossil-fuel lobbyists on-side, have taken little real, significant action. True, there have been exceptions - the EU has, more recently, been taking the crisis seriously. For the most part, the big powers have shown negligible interest.

A feller called Shakespeare, in his play, The Tempest, coined a phrase which neatly defines what we might, just might, be witnessing now

‘A sea change … something rich and strange’.

A neat and appropriate turn of phrase. After all, the wondrous expanse of ocean that comprises 70% of our planet’s surface, is, some would say, the most dangerously sick of our earthly organs.

Let’s look at 6 events that point towards 2019 being the year the world at last cast off decades of slothful complacency and took the first faltering steps towards salvation.

There’s only one time … now!

Since the 90s, the Earth’s surface temperature has risen nearly 1°C because of increased levels of CO2 in the atmosphere. Although 1°C might not seem like the most alarming figure, in 2016 scientists predicted that if the earth’s temperature rose any more than 2°C, the atmospheric balance would be so out of kilter that human life would become difficult to sustain – we’re already half-way there!

Transform your business into a carbon-neutral, environmentally conscious operation. Now is the time to do it. There will be no other time. Strike while the iron’s hot, and before the world gets even hotter…

I hope that you will join us.  Find out how by clicking here.