What did you do in the great war, daddy? 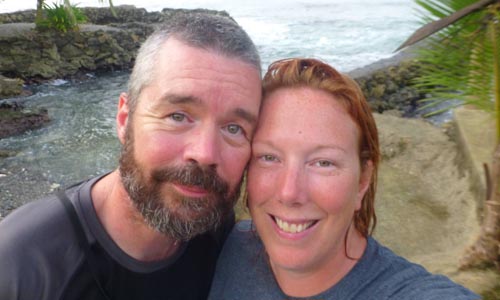 This all started because of a baby.  My baby in fact.  He or she hasn’t been born at the time of writing, but the little bugger has already started making its presence known.

My wife, Louise is more emotional.  I’m really struggling to choose my next PS4 game, because it might be the last, I get to enjoy interruption free.  And there’s the family excitement and the endless baby talk.

I didn’t jump into being a father with both feet.  Frankly the idea has never really been on my radar in a remotely serious way.  But when I met Louise, it became obvious that this was the way we wanted to go.

Once we decided that we were going to try, a nagging thought kept coming up in my mind.  “I wonder how we’re doing solving Climate Change?”  I imagine every prospective parent looks at the world they are bringing their child into with fresh eyes and I’ve been no different.  So, I took a look, not particularly worried about what I’d see, faithful that the changes the mainstream media reported were sending us in the right direction.

Turns out I was wrong.

We are a very long way from avoiding catastrophe.  In fact, best case scenario is grim.  It’s been known for a long time, but most of us (very much me included) have been looking the other way.  In the thirty years since the concept of Global Warming first became public, we have done more damage to the planet than the whole time of human existence before it.  Right now, that isn’t getting better.

And it turned out that I was not the only one.  2019 has been a year for climate action coming into our attention.  Activists old and young have been working their socks off to get us thinking about climate.  The mainstream media has started covering the state of the environment with a growing sense that something needs to be done.  Govts throughout the world have been starting to get on board.  Throughout the UK, Councils are declaring Climate Emergencies.  And whilst it feels like right now much of this is tokenism, it is a step in the right direction.

But for most people that I have asked in my business networks, it seems that whilst they are doing a little personally,  when it comes to their business, they are waiting to be told what to do.  They are waiting for legislation or tax that forces their hand, busy concentrating on the other day-to-day challenges that are the life of the micro business.

“But will it make a difference?” I have been asked.  Why should we do something when big business isn’t.  Why should we even try when the ten biggest carbon polluters in the world are hardly doing a thing?  And, yes, that’s right.  One’s individual effort will be a tiny drop in a huge carbon spewing ocean, on its own almost worthless.  But the doing it, the doing it publicly, the encouraging other small business to do the same, until we aren’t just a few companies, but tens, hundreds, possibly even thousands, that is where the difference can be made.   We can join the groundswell of public voices that are calling for action.  We can show that British Small business is standing right next to the many other organisations out there, ready to show we too are prepared to be counted.

At the time of writing this blog, I am 24 hours away from sending the Beyond Carbon Neutral website live for the first time.  I have discussed the site with four other businesses.  Three have already joined me in going Carbon Neutral.  The fourth will be joining us imminently.

Now, I don’t seek start an argument with anyone.  I am not expecting that this site, or our passion will change the minds of those who are hard set against being involved.  But if you are a company that does want to help lead this tiny part of the global movement, then we absolutely welcome you.  Head over to our ‘Going Carbon Neutral’ page to see how you can get involved.